Richard and Martha Anker recently published Living Wages Around the World: Manual for Measurement, which describes a new methodology to measure a decent but basic standard of living in different countries.

45 years… that’s how long Richard Anker jokingly estimates that he and his wife and collaborator Martha Anker have been working on developing their methodology for estimating living wage.

From field work in India to long careers at the International Labour Organization (ILO) and World Health Organization (WHO), Richard and Martha gradually built the foundations of the methodology presented in their new book, Living Wages Around the World: A Manual for Measurement, which was launched in New York earlier this month. 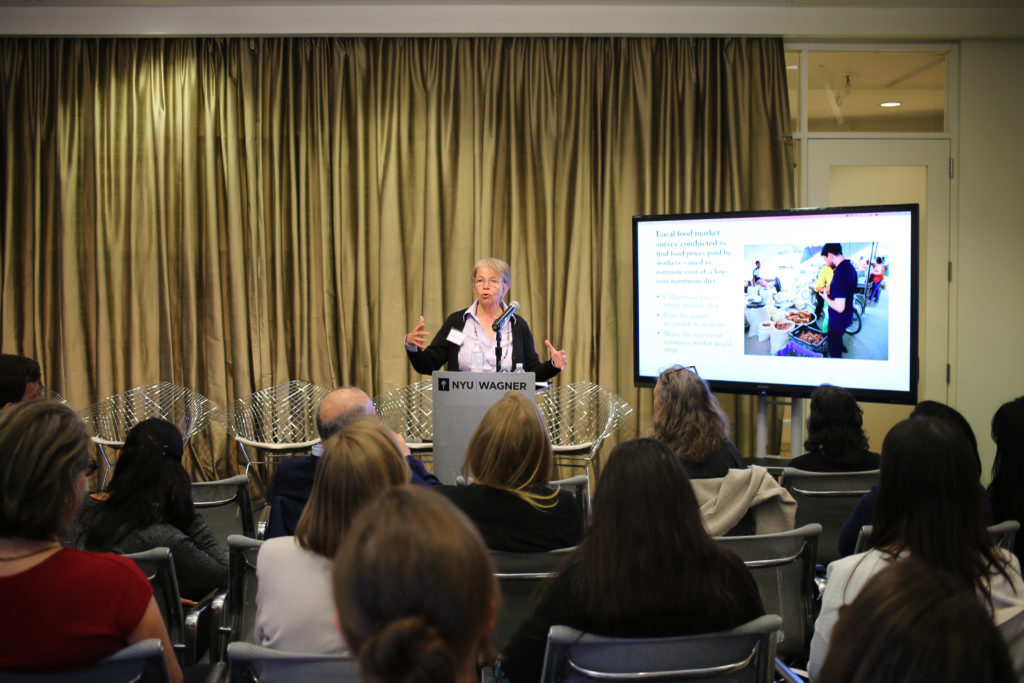 After retiring from the ILO, Richard initially thought he would need six weeks to develop a robust methodology for measuring living wages using secondary data. The more he dug into the challenge, the more he realised that secondary data alone would not produce meaningful measurements.

Working with businesses committed to paying a living wage

A request from Laurelton Diamonds, a subsidiary of Tiffany & Co, to help them calculate the living wage for a new factory in Vietnam provided the first opportunity to field test a different approach, combining the local collection of field data on food prices and housing costs, as well as post checks on non-food non-housing costs with national survey data.

The Ankers went on to calculate eight benchmarks for Tiffany, which was committed to paying a living wage in its workshops, and then agreed to test the approach in an agricultural context in partnership with Fairtrade International, SAI, and the other standard setting bodies of the Global Living Wage Coalition (GLWC). Each new case brought to light new challenges and added more depth to the methodology. The final manual includes a careful explanation of the Anker’s approach to measuring living wage and also the gap between prevailing wages and the living wage.

The ‘Anker methodology’ (as it has widely come to be known) is the basis for the work of the GLWC, a collaboration of seven standard setting organisations working to improve wage levels in certified supply chains and beyond. To date, 29 living wage benchmark studies using this methodology, covering many countries around the world, have been finalised or are in development.

While still relatively new, the living wage benchmark reports have already started to make a mark. During the launch event, representatives of Laurelton Diamonds, Eileen Fisher, the World Banana Forum under the Food and Agriculture Organization of the United Nations (FAO), and Richard Anker and Martha Anker as representatives of the Wages Committee for the Malawi 2020 project, all presented their experience with the Anker methodology and living wage reports. Conveying how having a credible, transparent benchmark, produced by an objective third party, helps build understanding and galvanises action to improve wages. 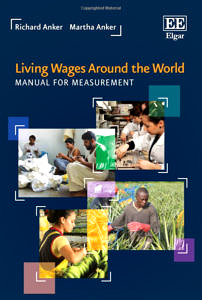 Asked why an accurate, credible measure of living wage is so important, Steven J. Heaslip of Laurelton Diamonds explained: “Our goal is to pay a living wage so that our employees and their families can continue their development and contribute to the local community. We can only achieve that through an accurate measure of living wage.” He recounted how workers used to come to work at their Vietnam factory with rickety, rusty bicycles. Now workers arrive with scooters and helmets – a clear sign of progress made possible by better wages.

Luna Lee from Eileen Fisher said her company values the Anker methodology benchmarks because it enables them to focus on the challenge of implementation of fair wages, rather than calculation. A credible independent estimate of living wage also forced her to confront the reality that the gap between living wage and actual wages varies across locations and might be much larger than she had previously assumed. Both Luna and Victor Prada of World Banana Forum highlighted some practical obstacles to payment of a living wage, such as price setting processes and lack of alignment across competitors. And Victor Prada expounded on the benefits of collaborative efforts to improving wages.

Having a credible benchmark helps supply chain actors focus on overcoming these types of obstacles, instead of wondering what a living wage might be. This was the central goal that the GLWC set out to achieve when the seven standard systems in the Coalition (some of whom are competitors in the certification space) came together.

While the standard systems that are members of the GLWC aspire to drive action on wages within corporate supply chains, Richard and Martha have even broader goals: they would like to see their improved approach to calculating the cost of basic needs (a first step in a living wage calculation) produce changes to minimum wages and poverty policies, ultimately raising wages and incomes for all. During the launch event, they recounted their experience with the Malawi Tea 2020 revitalization programme towards living wage, a multi-stakeholder effort supported by the Ethical Tea Partnership (ETP), Oxfam, Sustainable Trade Initiative (IDH), Deutsche Gesellschaft für Internationale Zusammenarbeit (GIZ) GmbH, standard setting organisations, and many multinational corporations to address low wages in the tea sector: since the Anker’s Malawi benchmark was published, wages in the tea sector have risen faster than minimum wage. As Richard tells it, their benchmark helped ‘awaken a sleeping giant’ and drive commitment to wage increase within the Malawi 2020 Coalition.

Keep updated with the Coalition's work 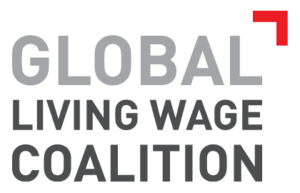